How Spring Disorders Can Be Solved?

Spring is one of the seasons causing problems to people with high sensitivity and weak immune system. Peptic ulcer or other conditions may trigger a relapse or at least one in six people can be found with peptic ulcer in the spring. Such events occur due to many reasons, and with a little care, they can be overcome successfully. The first major suffering of this season is allergies to dust and pollen and second one is spring asthenia which is very common in March and April according to the statistics. The first and the later relapse in the body with the first blooming of common snowdrop flowers.

With the arrival of spring season, digestive problems (gastritis and ulcers) recur. Gastritis is a diffused gastric mucosal inflammatory disorder. Sometimes inflammation associated with other segments of digestive tract, resulting in ulceration, gastro-enteritis and gastro-enterocolitis. The most common causes of gastritis and peptic ulcer are Helicobacter pylori infection, administration of medications (mainly anti-inflammatory), increased levels of stress, alcohol abuse, excessive consumption of coffee, excessive smoking (especially on an empty stomach) and consumption of too cold or too hot food. 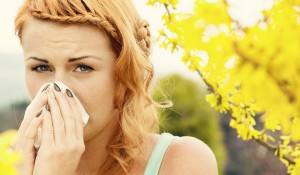 Pains and heartburn are the main symptoms of gastritis. The pain may be continuous (persists for hours or even for days) or intermittent, and can be accompanied by other signs: acid regurgitation, nausea, bloating and diarrhea. Remedies of gastritis depend on the type and causes provoking gastritis. Ulcerous disease is characterized by the occurrence of inflammation and erosions in the lining of the stomach (known as gastric ulcer) or duodenum (known as duodenal ulcer). The aggravated evolution causes erosion in the deeper layers until the formation of open wounds. In ulcer, pain is more intense than in gastritis and may have the symptoms such as seizures, vomiting blood or dark colored blood clots in stools. A health professional is the only way to diagnose whether the symptoms are for gastritis or ulcer.

People with these conditions should be very cautious in terms of diet. Prohibited diets in case of people suffering from gastritis or ulcer include spices (Chili, paprika, pepper, mustard), carbonated beverages, smoked meat with high fats, fried and salty foods and acidic fruits. Hard vegetables rich in cellulose, such as onions, garlic, cucumbers, cabbage, capsicum, cauliflower, celery, radishes, beans and peas are also contraindicated. Fermented and salty cheese, fried or boiled eggs should be avoided. People suffering from gastritis or ulcer should consume vegetable soups and soufflés, stewed fruits. Also, it is important to be consistent with regular diet.

In order to prevent the appearance or worsening of gastric disorders, it is necessary to avoid abuses both in terms of diet and in terms of alcohol, coffee, tobacco or drugs as part of a 0healthy life style. Irregular meals, spicy foods, fried fatty foods, unhealthy processed foods, an incomplete chewing, alcohol abuse, smoking etc. represent risk factors for the occurrence of gastric disorders.

Pollens, the extent to which, they are beneficial for nature, up to the same extent are dangerous for people with asthma or allergies. Pollinosis is the term that denotes pollen allergy. Pollen, fluff and dust are the factors that trigger allergies in sensitive individuals. In spring, flowers bloom and delight us from both visual and olfactory point of view. But, spring is also recognized for herbs creating pollen allergy: ambrosia (Ragweeds), glycine. Allergy to pollen is the result of an exaggerated response of the body to allergens contained in the pollen grains. Genetically conditioned response is amplified by exposure to external factors, infections, indoor and outdoor pollution. The effect is nasal inflammation that causes watery nasal secretions, itchy nose, sneezing, runny nose, tears, itching, irritation and redness and sometimes crisis of asthma, and respiratory problems like cough and shortness of breath.

Mild cases resolve with nasal drops for nasal decongestion and wearing sunglasses as a solution to protect the eyes, and eventually some drops to reduce local irritation. Severe cases require specialized treatments, whereas for optimum help, an increased intake of vitamin C is applied, which is naturally has anti-allergenic effect and, vitamin E, which sustains the respiratory system and increases immunity.

If you feel sometimes that the earth revolves with you and has a general feeling of drowsiness, is very likely to be a case of fatigue or anemia. Experts say that 90% of people have symptoms, that they believe suffering from anemia, are nothing but the specific symptoms of asthenia. If you feel tired or dizzy, then it does not necessarily mean that you are anemic. Blood tests can exclude the suspicion of anemia, if any. And, asthenia is caused by the body’s effort to adapt to the changing seasons and is manifested by lack of energy, anxiety, insomnia and apathy.

Anemia is a condition that develops as a result of deficiency of iron and vitamins especially (B vitamins) and minerals in the body, causing a lack of concentration capacity, fatigue and dizziness. Some routine tests can determine the health of the body whereas, resolving the unpleasant states arised due to anemia can be done more efficiently by changing the diet and adopting healthy lifestyle habits (assuming that consumption of foods rich in minerals and vitamins, such as spinach, nettles, radishes, bananas, almonds, walnuts, etc.).

Regarding asthenia, there are some typical symptoms, which vary from case to case. Overall, asthenia is manifested by chronic fatigue, sleepiness during day, sadness, depressive tendencies, irritability, insomnia, anxiety, impaired concentration, headaches, lack of muscle tone or decreased fitness, diminution or loss of sexual interest, exaggerated increase in appetite and an increased need for sweets and fats etc.. In addition to this, decreased immunity, increased chronic conditions and increased risk of coming in contact with diseases of microbial and viral nature. The statistics have shown that one in every five people suffering from spring asthenia.

Diet rich in vitamin D has an important role as a solution to alleviate the symptoms of asthenia. In addition to this a healthy life style is also important. Integral grains, fish (especially fish rich in oil), eggs, dairy products and yogurt, which contain significant amounts of vitamin D must be consumed. Spring asthenia does not require medication. By daily walk in the park, mountain vacations, consumption of fruits and vegetables and proper rest and relaxation, person can get rid of spring asthenia within a short time. During this period, the body should be helped to adapt and should be provided enough rest to ensure the required restoration. For optimum energy levels during day time, an optimum sleep for least seven hours per night is necessary.

Gastric hyperacidity crises manifested by burning sensations in the stomach, acid regurgitation in esophagus and inefficient digestion can be tackled easily with the help of Ayurmed brand dietary supplements GASCURE Syrup. It acts gently on gastric glands, protecting the gastric mucosa by acting as a balm on existing gastric lesions, stops their further expansion, helps restore affected gastric and intestinal epithelium. At the same time, GASCURE syrup regulates gastric and hepatobiliary secretion and provides a normalizing effect on digestion.

In case where fatigue is accompanied by anemia, dietary supplement GLOBY FORTE can be of great use because it contains herbs with high minerals and vitamins content. GLOBY FORTE provides regenerating and tonic effect to the body, extremely useful in convalescence and persons subjected to sustained physical and mental efforts.
People with unbalanced diet are recommended the dietary supplement SPIRULINA STAR. Spirulina (Arthrospira platensis or Spirulina platensis) is a blue algae species with high biological value. It contains 65% valuable proteins similar to those of meat, fish, soybean, etc.. Contains essential and nonessential amino acids, a wide range of significant amounts vitamins (A, E, D, K), especially vitamin B12. It also contains minerals and trace elements of which the most important are: calcium, sodium, iron, potassium, magnesium, chromium, selenium, zinc, copper, manganese, cobalt along with polyunsaturated fatty acids.

Regular consumption of SPIRULINA STAR through its comprehensive and balanced active composition helps to correct deficiencies of minerals and vitamins due to consumption of excessively processed foods. SPIRULINA STAR is helpful especially in case of people consuming unbalanced diets with low calorie, people who are on weight loss regimen, elderly, children, people and athletes who make sustained physical efforts.