How to ameliorate PMS?

Every woman who has menstrual period every month faces what is called premenstrual syndrome. Premenstrual syndrome occurs in the majority of women and is manifested by a physical and psychological discomfort due to hormonal variations that occur in the body during and after ovulation.

Although every daily activity goes on the same way during menstruation like before but the things are perceived in the different manner just before menstruation due to an indication of unpleasant sensations. These events occur 3-4 days before menstruation and between 40%-80% of women are affected both physically and emotionally. Premenstrual syndrome can occur in the women of any age having menstruation. The peak time is the age of 20 to 30 years when it is felt and appear constantly until menopause. Premenstrual syndrome can have an oscillating evolution with improvement and worsening of symptoms during the reproductive period of a woman and she can be noticed with the worsening of the symptoms of menopause. 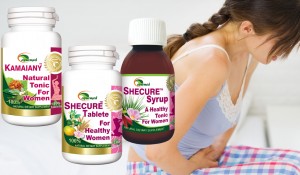 Although the majority of women were accustomed to these changes of more or less acute condition, in some cases this problem appears to be a real nightmare. Irritability, depression, mental tension, lack of work interest, inefficiency and discomfort are just some of the symptoms that occur before menstruation and which usually disappear with its appearance. Experts say that premenstrual syndrome does not usually affect the teenage girls.
PMS symptoms are extremely varied in forms, duration, number and intensity, and therefore this “disorder” is known as syndrome with 150 symptoms. The most common manifestations of PMS include: constipation, bloating, cramps, depression, irregular seizures of crying, mood swings, fatigue, headache, insomnia, growth in volume and tenderness of breasts, hot flushes, increased appetite, fluid retention, etc.

Any kind of excesses in lifestyle (lack of sleep, inadequate nutrition, prolonged fatigue, etc.) may result in major hormonal imbalances that affect the menstrual cycle. Extremely demanding lifestyle of women, alterations in natural rhythms of life and increased mental stress have made the menstruation symptoms become more intense, more complex and more unbearable by the modern woman. To decrease these unpleasant symptoms, diet should contain more dietary fibers, avoiding sweets and salty foods and maintaining an optimum uptake of calcium and vitamin B6 supplements is necessary. It is better to avoid stress, coffee, smoking and alcohol.

Modern medicine believes that all this symptomatology that is related to the female menstrual cycle is a normal phenomenon. Traditional herbal medicine believes that these symptoms are the result of internal imbalances in woman. Cyclic hormonal changes, diet and lifestyle, daily stress, all influence the intensity and duration of premenstrual symptoms. The opinion of current followers of naturopathy is that these imbalances are correlated with the lack of effective elimination of various toxic substances which accumulate in the body and are considered as one of the symptoms of a veritable disease.
Natural medicine offers a number of herbs used to relieve PMS and hormonal balance of the woman, in other words maintaining her health.