How to get rid of fatigue

Do you feel lack of energy, do you feel sleepy all time, do you have difficulty to focus? If you don’t have any health condition which shows these manifestations, then it is a matter of fatigue due to external causes, mainly due to overstressed work schedule. But fatigue must be alleviated quickly in order to avoid its “chronic” stage and to avoid sickness. Medical practice states that if fatigue and exhaustion due to unknown origin persist for a period longer than a week, then it is recommended to consult a health practitioner.

Stress represents a common part of our daily life. Hectic pace of life, daily worries, conflicts and insecurity are some of the causes of stress. In today’s society, people are undergoing intense emotional stress, fatigue, exhaustion and worries which are being common to many of us. Individuals undergoing constant state of stress may prone to many diseases and the most serious are those of cardiovascular diseases. 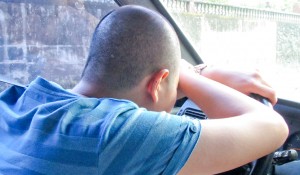 A factor which is stressful for one person may not be applicable for another. The difference lies in the manner how the incidences and situations are faced by individuals. Experts believe that personality plays an important role in the perception of stress. Other social, biological, psychological or behavioral factors determine the person’s reaction to stress. The stress response is gradual when the individual is subjected to prolonged mental tension conditions and is usually recovered when the stress factor or stressful situation is eliminated. Although, sometimes a person has a high vulnerability to certain stress factors. Researchers now believe that stress occurs whenever there is an imbalance occurs between the stress and the ability of the body’s response to it.

Though not a disease, fatigue, especially a mental fatigue, has short and long term consequences such as lack of attention, slow perception, decreased level of thinking capacity, low efficiency of physical and intellectual activity. Although in winter season, many people complain about having fatigue or having lack of energy, these symptoms may be the signs of certain diseases. Women who are in the reproductive years and have abundant menstruation, fibroid tumors, uterine polyps or those who have recently given birth, may develop anemia, which is one of the main causes of fatigue. After an optimum treatment and a proper consistent diet, fatigue may be diminished instantly.
Fatigue, exhaustion accompanied by a moderate depression may be caused by a malfunction of the thyroid gland and the most frequent condition in this respect is hypothyroidism. It is characterized by a slow metabolism, slowed body functions.

Many individuals drink coffee or other energy drinks to gain extra energy but sometimes these remain ineffective followed by increased fatigue. Even a mild intolerance to certain foods can cause drowsiness and fatigue. Sleep has a major role in the process of combating stress, therefore, for an efficient sleep management, seven to eight hours of sleep is recommended by specialists. The same experts recommend to turnoff noisy household electronic appliances along with telephones, television, etc at night during sleeping. Also, a diet rich in fruits and vegetables can provide optimum quantity of vitamins and minerals required by the body, thereby, alleviating fatigue. In turn, a number of plants used as natural remedies come in support of combating fatigue and the consequences of prolonged stress.

For this, Ayurmed brand ayurvedic natural dietary supplement ASHWAGANDHA RASAYAN TAB can be successfully used, providing regenerative, immunostimulatory and rejuvenating benefits to the body. Withania somnifera (Ashwagandha) contained in ASHWAGANDHA RASAYAN TAB, which is also known as Indian ginseng, has a traditional reputation as a tonic and adaptogen with several nonspecific actions that counteract the effects of stress and promote physical and mental wellbeing of the body. Active substances Glycosides contained in Withania somnifera have significant anti-stress activity.

Withania somnifera is known as a revitalizing herb that provides adequate nutrition to the tissues, particularly muscles and bones, while supporting the proper functioning of the adrenal glands and reproductive system. Withania somnifera, in combination with Chlorophytum arundinaceum has aphrodisiac properties that helps to strengthen the sexual organs and promotes long-term resistance of the body. Asparagus racemosus, the third plant ingredient of the product has tonic, nourishing, regenerating, anti-inflammatory, antitumor actions.

ASHWAGANDHA RASAYAN TAB helps alleviate fatigue caused by psychological disorders and those related to age, has adaptogenic action (promotes adaptation to daily stress). This natural dietary supplement can be used both by men and women, acting to calm the nervous system and sustaining a restful sleep, contributing as anti-aging, strengthens the body’s ability to maintain homeostasis, prevents and reduces imbalances that can lead to diseases caused either by malnutrition, lack of sleep, mental or physical stress, or chemical toxins of the environment. ASHWAGANDHA RASAYAN TAB helps combat anxiety, fatigue, stress, helps in the recovery of the body after infectious diseases, helps boost immunity and contributes as an adjuvant in anti-tumor therapy. In case where fatigue is accompanied by anemia, Ayurmed brand natural dietary supplement GLOBY FORTE can be of great use which contains plants with high minerals and vitamins content, determining the tone of the body and proper cleansing of liver and spleen, in this way, contributes to maintain quality and health of the blood. This supplement contains combination of very efficient plants helping to correct anemia. GLOBY FORTE provides regenerating and tonic effect to the body, extremely useful in convalescence and persons subjected to sustained physical and mental efforts.

In case fatigue is predominantly mental, Ayurmed brand natural dietary supplement MEMO ON is recommended, which is a natural stimulant of memory. Its composition of plant and herbal extracts stimulates the nervous system, mental processes, improves capacity of understanding and recall of information, thereby, sustaining intellectual and cognitive performance. The product provides a sense of optimism, self-confidence, freshness and mental clarity, diminishing the effects of mental fatigue, nervous exhaustion and anxiety. It is particularly helpful for pupils, students and people who undergo a sustained intellectual effort. It also has a tonic effect on the brain and beneficial to elderly. It can also contribute as adjuvant in therapy of nervous system disorders.

SPIRULINA STAR represents one of the best natural sources of vitamin B12, especially for children and for those who sustain themselves to vegetarian diets. Has hypocholesterolemic effect and is effective in case of occlusive vascular disease.

Scientific studies have demonstrated that Spirulina platensis has antiviral activity against HIV and HSV1 virus responsible for the occurrence of herpes labialis. In SPIRULINA STAR, benefits of Spirulina are harmoniously complemented with the plant Ashwagandha (Withania Somnifera), whose main benefits are: sustains adaptation to stress and overstress, a regenerating, nerve tonic, provides rejuvenating, aphrodisiac, immuno stimulant, anti-inflammatory and adjuvant antitumor benefits.
SPIRULINA STAR contributes to diminish all the deficiencies of natural nutrients, helping to increase ability to adapt to physical and mental efforts, to stimulate immunity contributes to provide antitumor effects and offering protective effects during radioactive therapy and chemotherapy. Can be extremely useful with excellent result for children, elderly and persons in convalescence.