How Can We Free Ourselves From Spring Asthenia

Many people suffer from weakness of the body in winter season because of inappropriate consumption of food rich in meat products as well as insufficient consumption of vitamins and minerals. In Spring and Autumn, the human body faces weakness which is sometimes known as generalized weakness, caused by many changes brought by these seasons. This generalized weakness in a specialized terminology, is known as “Asthenia”. “Spring asthenia”, as well as that of Autumn is characterized by general weakness state of the body with anxiety, irritability, eating disorders, discomfort, etc. 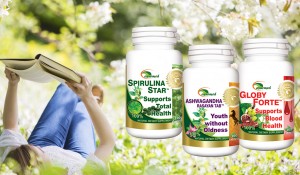 Spring is one of the seasons causing trouble to the people with high sensitivity and weak immune system. In spring, many people complain about the lack of tone, decreased body fitness with a “bad” state of health that cannot be defined, despite the normal results of medical examinations. The reason is “Spring Asthenia”. Spring asthenia is not a disease but a “disorder” of health, which simply deals with nutrition, sports and rest. However, spring asthenia should not be ignored, as it may prone to cause depression, which may be a serious condition.

Spring asthenia, beside generalized weakness by which it characterized, is also accompanied by apathy, insomnia with a feeling of tiredness, sometimes with angry or melancholic behavior. Spring asthenia manifestations also include headache, palpitations, nervousness, lack of concentration and memory etc. that arise due to changes in temperature and luminosity. The body must adapt to these changes, to enact a new lifestyle with the help of other energy resources, even more if the person is experiencing a deficiency of vitamins and minerals. Lack of exercise as well as flu and frequent colds in winter season can be some of the causes of spring asthenia.

The transition from one season to another might not be felt by those who are constantly physically active and people who do not have frequent health problems. But people with sedentary life style and those who have office work may suffer from the problems of fatigue and physical weakness specific to spring asthenia. This is to be mentioned that most physicians believe that spring asthenia does not require medication. By daily walk in the park, mountain vacations, consumption of fruits and vegetables, proper rest and relaxation, a person can get rid of spring asthenia within a short time.

Physical exercise stimulates metabolism and the secretion of endorphins, thus, improving mental health. Spending time in fresh air serves to stimulate the brain by increasing oxygenated blood supply as well as stimulates the production of serotonin, which helps improve mental health.
Diet should include spinach, stevia, nettles and wild garlic which are rich in substances that revitalize the body, provide fortifying, diuretic effect and stimulate the liver purification and elimination of toxins, thereby, reducing fatigue state caused by spring asthenia.

For the benefit of the body, coffee can be replaced with green tea. As it is already stated that during this period, the body should be helped to adapt and should be provided enough rest to ensure the required health restoration. For optimum energy levels during day time, an optimum night sleep of at least seven hours is necessary.
The administration of herbal supplements also helps ensure daily energy requirements.

In case where fatigue is accompanied by anemia, the natural dietary supplement GLOBY FORTE can be of great use because it contains herbs with high minerals and vitamins content. GLOBY FORTE provides regenerating and tonic effect, extremely useful in convalescence and persons subjected to sustained physical and mental overstress.

The regular consumption of Spirulina through its comprehensive and balanced active composition helps correct deficiencies of minerals and vitamins due to consumption of excessively processed food. Spirulina is helpful especially in case of people consuming unbalanced diets with low calorie, people who are on weight loss regimen, elderly, children, people and athletes who make sustained physical efforts.

In SPIRULINA STAR, benefits of Spirulina are harmoniously complemented with the herb Ashwagandha (Withania Somnifera), whose main benefits are: adaptation to stress and overstress, a regenerating, nerve tonic provides rejuvenating and aphrodisiac, immuno-stimulant, anti-inflammatory and as adjuvant antitumor dietary supplement.