Benefits of spirulina for body health

In recent years, the population trend has been to direct the attention towards a healthy lifestyle, by choosing products with natural ingredients, however focusing only on some food, without taking into account other equally effective recognized for their benefits on the body. Numerous studies have shown that some products may increase life expectancy, improve physical condition and spirit.

Spirulina – From where it comes?
Spirulina, a blue-green microalgae, originating in warmer lakes of Africa and Central and South America, is one of the most ancient herbs on earth. Algae, especially microalgae have been used as food since prehistoric times and still have an important role in the culinary traditions of many countries, especially in Asia. 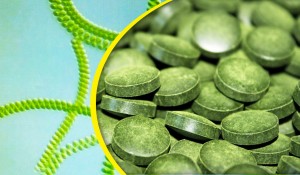 The name Spirulina comes from spiral algae specific to freshwater lakes, but is also found in salt water springs. The benefits of Spirulina for the human body have been mentioned in ancient treatise, information about Spirulina being found in Egyptian civilization, Mayan, Aztec, being used both for its medicinal properties and for nutrients. Among the first benefits of spirulina include the fact that it helped to produce oxygen for millions of years so that other life forms could develop. Once harvested, Spirulina is transformed into a thick paste, which is then allowed to harden, after which it is crushed and marketed in the form of a powder or capsules.
Spirulina is considered to be the most nutritious algae among more than 30,000 species containing micro and macro elements that are beneficial to human body.

Spirulina is unique because it contains specific elements of both kingdoms, herb and animal. It is rich in iron, calcium, sodium, potassium, copper, manganese, magnesium, zinc, phosphorus, selenium and iodine. It is also an excellent source of vitamins (A, B, C and E), Omega-3 unsaturated fatty acids, chlorophyll, enzymes and proteins. 100 g of Spirulina contains 60-70 g protein (three times as much pork meat, two times more than beef meat and 1.5 times more than soybeans). In addition, all proteins in Spirulina are easily assimilated by the human body (up to 80%) because they contain 18 amino acids necessary for human. Spirulina has been characterized as a “superfood” because it can support the proper functioning of the body even a diet based solely on water and algae. Among other valuable nutrients which Spirulina contains include: gamma-linolenic acid, which reduces LDL bad cholesterol and prevents cardiovascular diseases, phycocyanin, the substance which inhibit the formation of cancer of the colon. Spirulina contains five-fold higher levels of beta-carotene than carrots and 40 times higher than the spinach, also contains arachidonic acid, vitamin B12, and nucleic acids RNA and DNA.

Effects of Spirulina in various diseases:

In diabetes- Spirulina contains amino acids which correct the functioning of the endocrine system to produce vital hormone, insulin, which normalizes blood sugar levels. It contains significant amount of iron and promotes the formation and development of red blood cells; being rich in magnesium and calcium, it compensates for the deficiencies and increases vitality and thus useful in cases of anemia.

Spirulina is recommended when the body has severe magnesium and calcium deficiency in disorders such as diabetes due to its property of regulating blood sugar in cases of obesity, hypertension, glaucoma, the stomach problems such as gastric or duodenal ulcer, gastritis and chronic hepatitis due to its powerful hepatoprotector and regenerating properties.
Spirulina consumption helps to protect the brain and kidney and detoxifies the liver as well as maintains the balance of pH. It alleviates inflammation caused by the immune system in response to agents that cause irritation and infection in the body.

Among other benefits, studies have shown that Spirulina combats the aging process, normalizes excessive appetite and helps weight management, improves digestion and helps the body to produce more red and white blood cells which destroy disease causing bacteria and viruses. Phytonutrients contained in Spirulina sustain the immune system and specialists recommend it in case of arthritis, cardiovascular and digestive system disorders.

Spirulina in cosmetics:
However, the benefits of Spirulina are also known in the cosmetic industry, where Spirulina is used because of its soothing, regenerating properties, reducing wrinkles and pores, removing blemishes and alleviating irritation, leaving skin elastic and healthy.

Spirulina- Actions on the body
Spirulina is a potent antioxidant, reduces muscle degradation after intense physical exercise and has potent immunostimulatory benefit, improving general health and well-being. It compensates daily diet deficiencies. When taken half an hour before meals, it reduces excessive appetite and helps reduce exaggerated body weight. Fights obesity and decreases serum levels of total lipids and cholesterol. Spirulina stimulates digestion, helps to stabilize intestinal transit and contributes to the development of intestinal flora (Lactobacillus) due to its dietary fiber contents.

Who should take Spirulina?
Due to its extraordinary combination of essential substances, spirulina can be widely used by everyone especially the elderly who cannot have benefit of balanced diet, pregnant women, can be administered to children who do not usually consume enough fruits and vegetables or have unhealthy eating habits, for teenagers during growth. Spirulina contains a lot of protein, beneficial for people with a vegetarian diet. Also, Spirulina is a dietary supplement ideal for athletes or persons requiring intense physical efforts, because of its powerful energizing effects. Due to its antioxidant and antitumor action, Spirulina reduces the side effects of antitumor radiotherapy and chemotherapy treatments.

Complete Tonic and Revitalizer, ayurvedic dietary supplement SPIRULINA STAR is ideal for anyone who requires extra energy. SPIRULINA STAR contains a unique combination of Spirulina platensis and Withania somnifera, which helps to vitaminize and mineralize the body and has a rich content of protein, minerals, vitamins and trace elements necessary for the proper functioning of the entire body. SPIRULINA STAR helps improve the body’s ability to withstand the physical and mental stress conditions due to adaptogen properties of herb contents, has antioxidant effects reducing free radical stress and provides complete detoxification. The active substances of herbs help maintain the body’s capacity for self-defense and adaptation to stressful conditions due to everyday environment.

SPIRULINA STAR is useful for the people who have a special diet regime (calorie, vegetarian, young, elderly, etc.) to maintain the body’s energy and strength, restoring its vitality. SPIRULINA STAR contributes to mineralize and vitaminize the body, sustains the body’s ability to adapt to physical and mental overstress, to detoxify the body and to reduce free radicals, helps maintain the general tone of the body and relieves fatigue and exhaustion. SPIRULINA STAR is ideal adjuvant during the recovery period after weakness, due to the revitalizing effect of its herbs contents.

Thus, experts of STAR INTERNATIONAL MED recommend the natural dietary supplement SPIRULINA STAR during recovery period after weakness or prolonged physical exertion due to the revitalizing effect of its plants content.

GIVE A REPLY Cancel reply