Everyone wants to have longer life, but it is important not only how we survive but how we live! Because longer life is also marked by diseases and debilities which is not the most desirable thing for a man reaching to an old age. Today we all live in an unsuitable, toxic environment and that actually does not matter where we reside or how careful we are, because we cannot avoid the toxic substances present in the environment. They are present everywhere including food and water, also, a number of environmental factors such as smoking, radiation, and pollution can produce free radicals. If we know how to protect ourselves against free radicals, we will not be protected from cardiovascular diseases, diabetes and cancer. 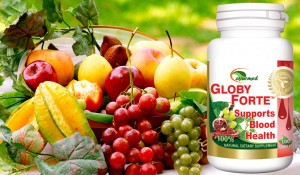 In 1956, Dr. Denham Harman from the University of Nebraska presented a bold theory, now known as “theory of free radicals in the aging process.” Its importance had been ignored for two decades by the medical community until the supporting proofs of this theory became evident, so this theory could not be denied any more and became an indisputable fact. Dr. Harman describes the activity of free radicals as a sort of “internal radiation” which attacks and destroys cells and tissues, causing various symptoms typically attributed to aging, wrinkled skin, pigmentation, cataracts, arthritis, cardiovascular diseases, glaucoma, Alzheimer’s disease, memory loss, stroke, senility, cancer and other degenerative disorders. Aging, according to him, is not a chronological process caused by the passage of age, but rather a biological process determined by the rate of assimilation of free radicals in the body, damaging the cells, attacking tissues and affecting vital functions of the body.

Free radicals are highly reactive molecules with an odd, nonpolar electron in the external orbit which remains in an unbalanced condition, transforming theses fragmented molecules in very unstable and biochemically dangerous agents. Chemical compounds and complexes such as those similar to which constituting the human body, acquire stability by pairing electron molecules. When a molecule loses an electron, it becomes electrochemically imbalanced, which becomes biochemically unstable and highly reactive, trying to regain stability by stealing electron from another molecule. Specifically, oxidation is a chemical reaction that occurs in the presence of oxygen, during which, electrons are transferred from one substance to an oxidizing element. This type of reaction can produce free radicals, which are oxidized derivatives of molecular oxygen with electron deficiency (unstable). These free radicals attack the cells, DNA, certain molecules (like proteins, fatty acids, etc.), causing their dysfunctions, leading to chain reactions that can even lead to cell death.

Oxygen is the base of all herb, animal and human life. In normal biochemical reactions, oxygen may generate the destruction of a number of cells, which can be the onset of cancer, inflammations, arterial damage and premature aging. Free radicals in our body are formed primarily from oxidation processes carried out in the body as a result of stress, negative emotions, toxins accumulated in the body through different ways (alcohol, tobacco, drugs, pollution and malnutrition). If there are no defense mechanisms against free radicals, they may quickly destroy all the cells in the body. The effects on the human body of excess free radicals can be compared with the action of rust on metals.

The terrorizing enemy of youth and health, free radicals are “evildoers” in the body, causing premature aging of our skin, threatening us with heart attacks or cancer. These “real terrorists” of the body cells create a disturbance of equilibrium in the body, weakening it against diseases. The free radical levels are related to body metabolism, metabolism defines the body activity, number of calories taken from food, number of calories used by the body, the number of heartbeats or the number of breaths. The more intense is metabolism the more active is the body and the greater the production of free radicals. In relation to free radicals, the term oxidative stress should also be defined. Oxidative stress reflects an imbalance between the production of reactive oxygen and a biological system’s ability to readily detoxify the reactive intermediates or easily repair the resulting damage. Oxidative stress gives brown color to bananas in a few days and apples in a few minutes. The same thing happens in our body cells also. We cannot escape from oxidative stress because it is produced during every breath.

Fortunately, the body has a natural self-defense system to effectively minimize the damages caused by free radicals, toxic substances, infections and poisons. This protection is part of the immune system that negates the attacks of viruses and harmful factors in the body.

A special part of protection from free radicals and oxidation residues is provided by synergistic action of nutrients and specific enzymes. These substances are called antioxidants. Antioxidants are natural compounds that have the ability to reduce the toxic effects of free radicals, means, to stabilize oxygen molecules, helping the body for cellular protection. Like all other nutrients, antioxidants function together in a chain, each one deals with the product of the action of the previous one. A free radicals (eg. one which is present in fried potatoes) is reduced by Vitamin E, but in the process produces a vitamin E radical, which needs to be dealt with. Vitamin C recycles vitamin E, reducing the vitamin E free radical. Glutathione recycles vitamin C and anthocyanin recycle glutathione. Similarly, Coenzyme Q10, lipoic acid and beta-carotene are also helpful. They are essential antioxidants that act by closely relating to each other. Balance between antioxidant intake and exposure to free radicals, directly affects the health. The immune system requires good nutrition among other things. Many fruits, vegetables, cereals and vegetable oils contain vitamins and minerals, which have the attributes to reduce oxidative stress.