Diabetes mellitus represents a serious chronic disease with a high frequency in the population and an evolving severely especially in advanced stages. It is very important to know how to prevent, diagnose, and especially to treat diabetes.

Diabetes is one of the most prevalent non-communicable chronic diseases and the most common endocrine disease. It is characterized by disorders of the entire metabolism, especially carbohydrate metabolism and the associated complications affecting the eyes, kidneys, nerves and blood vessels. Basically, diabetes is a disease in which the body does not produce enough insulin or does not efficiently use it. The causes of diabetes are only partially understood. There are two major types of diabetes: type I diabetes, insulin-dependent diabetes, which occurs mainly in children and young people and Type II diabetes (non-insulin-dependent), which usually affects middle age. Diabetes mellitus is the most common form of diabetes and is found in approximately 90-95% of cases. 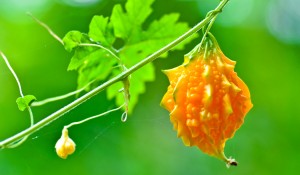 On one hand, it is known that the occurrence of both types of diabetes is related to a certain extent of hereditary factors. On the other hand, environmental factors can also play an important role in the manifestation of this disorder. Type I diabetes is caused by the total absence of insulin secretion due to destruction of pancreas cells secreting insulin and type II diabetes is the result of reduced tissue sensitivity to insulin or the existence of a deficiency in insulin production. The growing incidence of diabetes represents a direct reflection of the global tendency of increasing inactivity and obesity in the general population. In Ayurveda, diabetes is considered a disease of abundant urination, but not necessarily implies a disruption of the urinary tract, but represents only a dysfunction in water circulation in the body and water metabolism. It is estimated that there are 20 such types of diabetes, according to the three humors which have caused it.

Natural remedies can not cure diabetes but can alleviate many of the effects of this disease and can improve the quality of life and increase the body’s energy level. Diabetes is manifested by an excess of thirst as well as by excessive urination. It is a disease of kapha type, generally dominated by the water element, aggravated by obesity and excessive consumption of sweet. Kapha increases in the stomach due to disturbance of liver function which affects other tissues, causing increased urination frequency and various diseases. Prolonged illness with diabetes causes increased thirst and tissues malnutrition and this is followed by becoming the disease of vata, where the air element predominates. Vata accumulation in the large intestine disrupts pancreas functions and vice versa.

Pitta, the fire element (governs all heat, metabolism and transformation in the mind and body), can also cause diabetes. It accumulates in the small intestine, then spreads to the liver and pancreas and affects their functions. Inappropriate diet is often a causal factor in diabetes which includes: excessive consumption of sugar, sweets, dairy products, alcohol, fats and bread. Diabetes can be aggravated by obesity, excessive sexual activities, sleeping during the day time, lack of exercise, worry, tension, stress and anxiety as well as hereditary. In terms of psychological diabetes, this is a disease of lustful people, who are deprived of satisfaction in life.

Ayurvedic medicinal herbs, even in the most severe and complicated situations may delay the evolution of the disease and diminish its effects. The first step to replace sugar for honey (not in large quantities). For Kapha (bofy fluids) type diabetes Black pepper, Ginger, Neem are useful medicinal herbs for diabetics. Vata type (the principle of kinetic energy in the body) diabetes is manifested by weakness, thirst, dehydration, insomnia, low energy and reactions to unpleasant sensations in hands and feet as well as the urinary abundance. Nuts and dairy products can be helpful, and it is also recommended to consume meat in marrow soup.

The treatment with medicinal herbs especially aims body toning. Lifestyle involves especially early morning awakening and moderate exercises because diabetes predisposes to a lethargic state of the body. Exercises are very important, especially those that mobilize the abdominal area and the lower body (cycling, jogging etc). But exhaustion should not occur; exercise is performed till the extent of feeling heat without transpiration. Under no circumstances allowed sleeping during the day time is allowed.